Ancient Hindu lontars tell different mythical stories of the arts. In one story, the gods are sent down to Earth so they could teach men how to behave in a civilized manner. The god Mahadewa (also known as Shiva), trained the goldsmiths and silversmiths while the god Sang Citra gave them specific instruction in jewelry making.

These smiths who worked with precious metals were addressed as “pande mas,” goldsmiths, from then on. Another tale tells the story of a Brahmin from Majapahit named Empu Sari who first taught the Balinese how to work with gold. Yet, another tale alleges that the first goldsmith was Sang Mangkukuwan, eldest son of Vishnu.

History tells us another story: the art of metal work arrived in Indonesia in the Bronze Age from Southern China and other parts of Southeast Asia. The Chinese are said to have improved silver refinement around 2500 BC making it even more fashionable and sought after, as well as easier to mine.

The colonization of Bali by the Majapahit Empire of Java began in the 14th century. By the beginning of the 16th century, Bali became a sanctuary for Hindus forced out as a result of an increasingly Islamicized Java. Hence as the Majapahit Empire crumbled, there was a huge influx into Bali of Javanese noblemen and craftsmen, and Bali became one of the main centers that nurtured and encouraged the art of smithing. 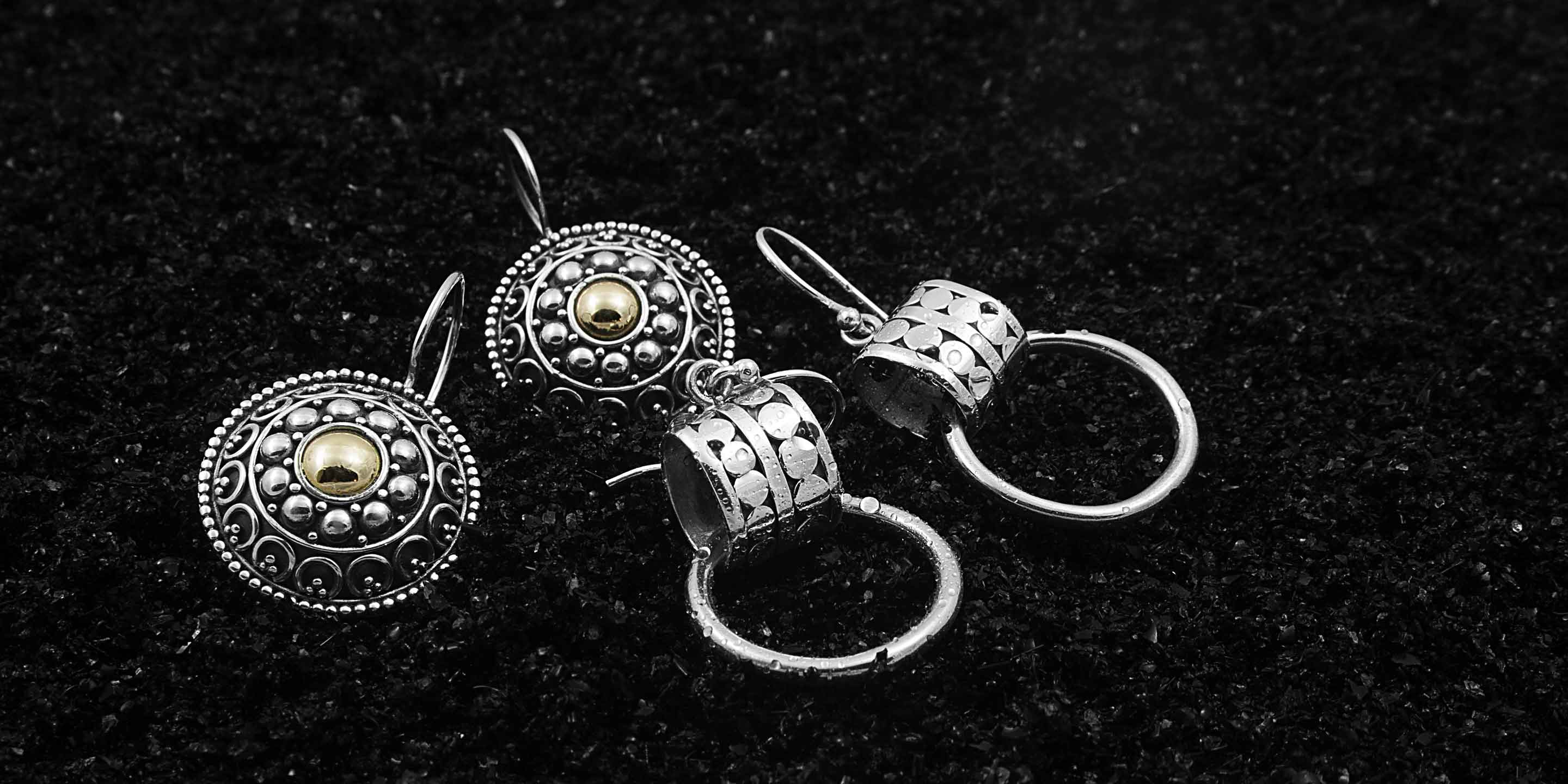 Most of Bali’s silver making is concentrated in and around the village of Celuk. This little village has a long tradition of metal work, stretching back many generations. Originally, the artisans only catered to the aristocrats of Gianyar and the noble houses of Sukawati and Ubud. Historically, the Royal Courts of Bali were enthusiastic patrons of the arts, which they used as expressions of their sacred and temporal powers.

Over the centuries, due to soaring gold price and resource scarcity, the crafting of ritual jewelry got supplanted with those made from silver, whose price was relatively cheaper. Since the 20th century Celuk has transformed itself from a village of rice farmers to a small thriving industrial district. The artisans in Celuk remain true to their heritage, despite the encroaching threat of globalization, and still handcraft the exquisite jewelry that you see today using only centuries-old techniques that have been handed down from father to son.

Get exclusive offers and news straight to your inbox